Review of 2008 in the life of Raphaella Vaisseau

From discouragement to rebirth, what a great year 2008 turned out to be for me. Never one to get stuck in discouragement for long, and always the seeker, I found the fuel to reinvent myself. Again. I'm reminded of my favorite Alice Walker quote: “I thank God for the optimism of my Spirit”.

Early in the year, in an effort to lift myself up, I jumped with both feet into all forms of new sources of inspiration and spiritual study I could find: from Joel Osteen's weekly Lakewood Church television messages to books, services and study groups with Ernest Holmes' Church of Religious Science. By early spring I'd discovered the live broadcasts of Louise Hay's www.hayhouseradio.com which eventually led me to the magnificent work of Jerry & Ester Hicks and the teachings of Abraham. My “ah-ha” moment came in April when I understood a new interpretation of vibration and thought. From when I claimed myself as an artist back in 1981, I've known that my intention while creating art was integral to the outcome. It's why changing my last name to Vaisseau (vessel of light) was so meaningful to me, and why I committed myself to painting from my heart not my head. Abraham affirmed this in a discussion of vibration, saying “The vibrational imprint of what I give to a painting is more important than the image itself.” In listening to the hour-long seminar, the mathematical part of my brain awakened to a new understanding that “whatever I'm giving my attention to generates a vibration.” Everything has a vibration: every action, every thought, everybody.

I started paying attention to my vibration, to how I was feeling and to what I was giving my attention to. I learned that a belief is simply a thought we keep thinking and to change a belief we need to change the way we think. I learned we can only deactivate a thought by activating a new thought which replaces it. I began to practice, practice, practice. Results immediately appeared in my life which fueled even further study.

I embraced Abraham's mantra that “life is supposed to be fun” and set about finding a new place to live where I could create the next adventure in my life and my business. I picked Venice, Florida and moved there in the fall of 2008. Since then, I've met many new friends, I am enjoying the beauty of Florida, and I am enjoying the satisfaction that discovery affords. After two years, I've moved through the stages of grief I experienced as a result of the closure of Heartful Art Gallery in Sausalito in October of 2006, and have now moved on. I thought I would be there for the rest of my life, but alas, it wasn't to be. Inspired by the wisdom of Abraham, I am now seeing life as a grand adventure and I am embracing every experience as an opportunity for expansion and growth. I love where I am. For me, 2008 was a great success.
Posted by Raphaella Vaisseau at Tuesday, December 30, 2008 No comments:

Playing for Change (peace through music)

Wow. A friend (Fe) just sent me this video and, after I enjoyed her gift of words and listened to the music, I checked out their website: http://www.playingforchange.com/ - "Playing For Change is a multimedia movement created to inspire, connect, and bring peace to the world through music." Take a listen, check out their website, and join if you want.

Posted by Raphaella Vaisseau at Monday, December 29, 2008 No comments:

complacency,
originally uploaded by wild locks.
From Wild Locks on Flickr - I love pathways because they symbolize the journey of life - the path we are all on together. This is particularly beautiful to me because the foliage is so lush green and the path goes through such a thick forest. Inviting, restful, mysterious and more.
Posted by Raphaella Vaisseau at Friday, December 26, 2008 No comments:

If you want more, pre-order your 2-cd or dvd sets here.

Posted by Raphaella Vaisseau at Wednesday, December 17, 2008 No comments: 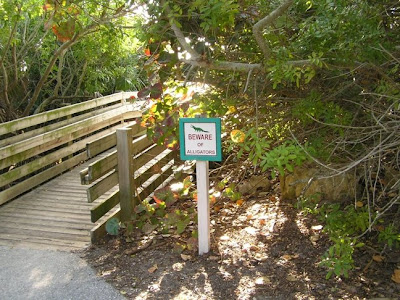 This is something you don't see in Minnesota, California or Oregon. Can you read the sign by the bridge? "Beware of Alligators" - It's on the path going to the Paw-Paw D 
I am thoroughly enjoying my grand adventure. See more photos on my Flickr site.
Posted by Raphaella Vaisseau at Sunday, December 14, 2008 No comments: 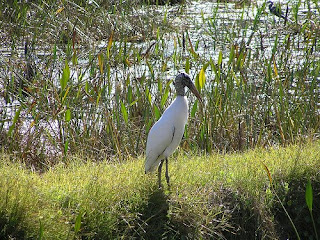 I've never seen a Wood Stork before. I saw this bird on Thanksgiving Day at a pond in Venice, FL. I posted it on Flickr and a nice and knowledgeable person told me what kind of a bird it is. For me, it's a sign of healthy babies for everyone!!! Love to all the babies.
Posted by Raphaella Vaisseau at Tuesday, December 02, 2008 No comments: